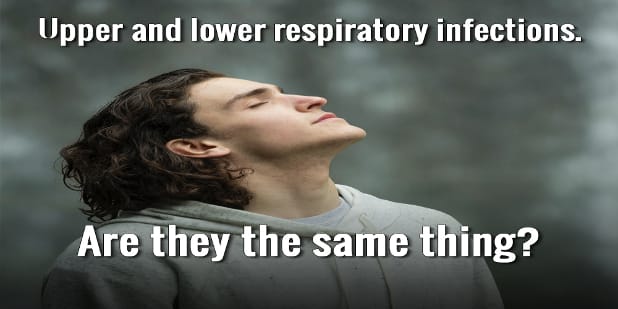 The respiratory system is made up of different organs that are responsible for our breathing. Part of its anatomy is the respiratory tract, whose main function is to aid in the process of respiration, or the inhaling of oxygen and the expelling of carbon dioxide.

Both tracts work simultaneously to ensure that we are able to breathe properly. Different strains of viruses and bacteria can cause infections to the upper and lower tracts. To some degree, the symptoms of infection of both tracts are similar. There are, however, differences that will distinguish one from another.

Here are some of the causes, symptoms, and other pertinent information regarding infections on both upper and lower respiratory tracts.

Parts of the Respiratory Tracts

The upper respiratory tract is comprised of the following:

The lower respiratory tract is comprised of the lungs and the bronchial tubes.

Infections that affect the upper respiratory system are often caused by a virus. Airborne viruses, as well as inhaling infected respiratory droplets, can cause a person to become infected. Viral infections are highly contagious and in some cases, those infected don’t show symptoms until a few days later. Some of the most common respiratory viral strains are rhinovirus or the common cold, coronavirus, parainfluenza, and adenovirus.

However, viruses are not the only cause of respiratory infections, as bacteria can also cause the upper respiratory tract to be infected.

External factors such as tobacco smoke, dust, allergens, and air pollution can make the lower respiratory tract more susceptible to infection and less able to mount a recovery.

A low-grade fever and mild sore throat are additional symptoms of an infection in the lower respiratory tract.

It is possible to experience fever and chills and general body malaise for both upper and lower
respiratory infections.

If symptoms of the infection are mild, the patient may take a few days of rest at home, in bed, if necessary, while also properly taking over-the-counter medicines that alleviate any of the symptoms. Most infections don’t warrant a visit to the doctor, and will usually clear on their own after a couple of days.

However, if the patient’s condition worsens and also experiencing difficulty in breathing, shortness of breath, constant fever with chills, and vomiting, it is time to see a doctor.

Who Are At Risk

People at most risk are those who have weak immune systems. Commonly, they are people who are either very young or very old, since their immune systems are not as robust compared to a young adult. Patients who are immunocompromised because of underlying conditions are also at a higher risk of getting infected and experiencing more severe symptoms of the infection.

There are many ways in which upper and lower respiratory infections can be prevented. One preventive measure is through regular handwashing. Since viruses and bacteria often enter our bodies through our own hand to mouth contact, proper handwashing is one way we can reduce the risk of infection.

We should also avoid touching our face or eating with unwashed hands, even if they seem clean. Another way to help avoid infections from spreading is by exercising proper cough etiquette when in public. Cover your mouth when coughing and sneezing in public to protect others from being infected. You can also wear a face mask to help ensure that other people won’t come in contact with your infected droplets.

Maintaining a healthy and active lifestyle can also help to protect you from getting infected. Boost your immune system by consuming foods that are rich in vitamin C, as well as taking over-the-counter vitamin C supplements. Regular exercise and quitting smoking can help in boosting your body’s natural defense mechanism.

With the COVID-19 pandemic currently affecting millions of lives all over the world, taking care of ourselves and protecting ourselves from sickness should be everyone’s priority.

You can 'Level up' and earn higher credit levels. Plus, you'll receive activity points and cool badges just for being an active member.

It's from the creators of Bweeble, List Joe and List Bonus, so you know its going to be goodie good.

Accss to thouands of dollars worth of plr products for free 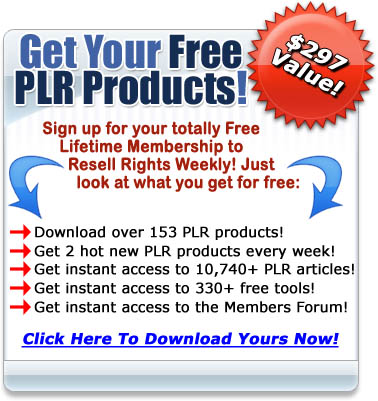